The competition regulation in Ukraine has drawn fair criticism and the demand for changes is quite obvious. Some aspects need a law-makers’ attention, but the others may require only the right and reasonable practice to be introduced (or be confirmed) without any modifications to the statutory background. Why are we talking about a possibility of confirmation? The Ukrainian anti-trust (competition) authority, the Antimonopoly Committee of Ukraine (AMCU), and its practice are still tending to be closed from the public. We know that some of the approaches, we will discuss below, do applied. However, there is a big difference between the practice of a backroom ad hoc application of these approaches and their general expressed acceptance as principles by AMCU. High level of reliance and predictability can be achieved in case AMCU is more open and consistent in its findings and decisions.

It should be stressed that the law practitioners have long been eager for more openness of the anti-trust officials’ practices. That is why the legal community of our country much welcomed the Association Agreement between the European Union and its Member States, of the one part, and Ukraine, of the other part, (‘EU Association Agreement’) signed on 21 March 2014, and in particular articles from 254 to 258 of this Agreement which are aimed at anti-trust and competition matters. These provisions are a good incentive for the Ukrainian authorities to proceed with reforms in this realm.

Let us pass from the general view to a specific point of dealing with distribution contracts in light of the anti-trust requirements. We have picked up several standard distribution contract’s provisions, which are vulnerable to the anti-trust restrictions, namely (1) allocation of regional markets for distributors (buyers); (2) resale prices maintenance; and (3) prohibition of resales to other distributor’s buyers (customer allocation).

Resales’ Territory. Formally, this distribution contract’s provision may be considered as a violation of anti-market partitioning rule[1], especially when one encounters an exclusivity provision. Sometimes the issue of exclusivity of a distributor to resale on the designated territory is not so obvious. However, the nature of actual supplier-distributor relationships and the detailed analysis of the contract’s provisions in their entirety may lead to the finding that these particular relationships lack exclusivity. And this finding, in turn, reduces the anti-trust risks related to the resales’ territory clause. There are many facts which may evidence against an exclusivity nature of the resales’ territory clause: no penalty or fine, which may be imposed on the distributor for a failure of this provision; no obligation of the supplier not to appoint other distributors in the same region; no early termination clause in the distribution contract which may be triggered by distributor’s cross-region sales, or the fact that the supplier knows about the cross-region sales and has been doing nothing about them etc. However, even if the exclusivity nature of the resales’ territory clause of a distribution contract is evident, the distributor has the grounds to rely on legality of this clause.

As we mentioned above, there is no generally available court practice or AMCU’s practice where the vertical market partitioning matters in relatively competitive markets are involved. Only some indirect data and previous experience of law practitioners may confirm that a structure of regional distributors of one supplier is generally acceptable[2].

Moreover, the EU competition protection practice proves that even vertical restraint on sales into the exclusive territory may not be a violation[3]. This EU approach is especially valuable for the Ukrainian anti-trust practice due to article 256 (3) of the EU Association Agreement.

Under this article: “Ukraine shall approximate its competition laws and enforcement practices to the part of the EU acquis as set out below: <…>

3. Commission Regulation (EU) No 330/2010 of 20 April 2010 on the application of Article 101(3) of the Treaty on the Functioning of the European Union to categories of vertical agreements and concerted practices. Timetable: Articles 1, 2, 3, 4, 6, 7 and 8 of the Regulation shall be implemented within three years of the entry into force of this Agreement.”

Although the three year deadline for this approximation is set, we believe that some enforcement practice may be adjusted much sooner without a need in current legal framework changes.

“The exemption provided for in Article 2 shall not apply to vertical agreements which, directly or indirectly, in isolation or in combination with other factors under the control of the parties, have as their object: <…>

(b) the restriction of the territory into which, or of the customers to whom, a buyer party to the agreement, without prejudice to a restriction on its place of establishment, may sell the contract goods or services, except:

We uphold the notion that the reasoning of the above exemption for exclusive territory clause which was elaborated by the European Commission’s competition practice and underlie article 4 (b) (i) of the Commission Regulation may be easily used to justify the similar approach of AMCU. The authority’s good will is only needed to publicly announce of their adherence to such practice.

Resale Prices Fixing. As opposed to the resales’ territory clause, the regulation regime for a resale price fixing clause is slightly different. This distribution contract’s provision likely falls under an exemption set forth by paragraph 5 of article 8 (1) of Competition Protection Law[4]. This Ukrainian exemption is initially broader than a similar exemption of the EU law.

“The exemption provided for in Article 2 shall not apply to vertical agreements which, directly or indirectly, in isolation or in combination with other factors under the control of the parties, have as their object:

(a) the restriction of the buyer's ability to determine its sale price, without prejudice to the possibility of the supplier to impose a maximum sale price or recommend a sale price, provided that they do not amount to a fixed or minimum sale price as a result of pressure from, or incentives offered by, any of the parties”.

As the EU law allows only maximum or recommended resale price to be stipulated in a distribution contract, the Ukrainian law exempts a ‘formation of a price’ and does not specify the ways of such formation. It should be noted that the European Commission defines a price fixing as a hardcore restriction, which thus is deemed evident, basic and harmful. We are in doubt that the simple change of AMCU’s practice will suffice to attain a comparable level of importance of the similar Ukrainian restriction. Any interpretation of the respective Ukrainian statutory rule to underlie this changed practice seems to be, at least, at a brink of ruining this rule’s meaning. In this case the legislation needs amendments.

Customer Allocation. And, what concerns this matter, the situation is much alike to that with the resales’ territory clause. Paragraph 2 of article 8 (1) of Competition Protection Law envisages an exemption from liability and may fit for the partial resale prohibition (customer allocation) clause under a distribution contract. This article set forth that “a concerted practice is not recognized as anticompetitive if a supplier sets a restriction for its buyer with respect to further use of a delivered product”. The wording of the article is quite broad and may cover both the resales’ territory and the customer allocation clauses. The same approach we may find in Commission Regulation No. 330/2010 where Article 4 (b) (i) also covers both resales’ territory and customer allocation matters. We also believe that this approach may be effectively implemented into Ukrainian practice without any change of the law.

Of course, we understand that every instance of alleged anticompetitive agreements, decisions and concerted practices should be decided on a case to case basis. So that our findings described above should be considered as a general view of the problem, and they may vary due to the actual specifics of a case. In order to simplify the analysis we have deliberately disregard any of the provisions of article 8 (2) of Competition Protection Law. These provisions envisage that “the exemptions established by article 8 (1) of Competition Protection Law may not be applied in case the concerted practices lead to significant restriction of competition in or access to a relevant market or lead to unreasonable increase of prices or tariffs”. However, it is not worth disregarding them when you consider a specific case.

And the last, we are hopeful that the general exemption for vertical agreements set forth in article 2 (1) of Commission Regulation No. 330/2010 will be expressly defined in our Ukrainian laws.

[2] For example, in 2011 AMCU’s investigation within the case of Torgovy Dim – Niko Ltd., an official dealer of Mitsubishi Motors Corporation, revealed a regional distribution structure of this Ukrainian dealer and apparently did not find any illegal market partitioning (Competition Journal No.3 (46), 2012 p.52) 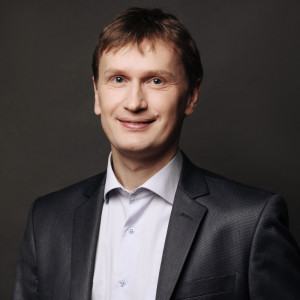