1. Ukrainian courts usually consider arbitrability in the context of validity of an arbitration agreement.

Foreign arbitral awards are enforceable in Ukraine pursuant to international treaties, such as the 1958 Convention on the Recognition and Enforcement of Foreign Arbitral Awards (the ‘New York Convention’) and the European Convention on International Commercial Arbitration, or under the reciprocity principle which is presumed to exist unless proved otherwise.

International commercial arbitration having the seat of arbitration in Ukraine is primarily governed by the Law of Ukraine ‘On International Commercial Arbitration’ (the ‘Arbitration Act’). The Arbitration Act is an implementation of the UNCITRAL Model Law which mirrors the New York Convention exactly in giving the same reasons why a state may refuse to recognize or enforce an arbitral award (Article 36 of the Arbitration Act on arbitrability: the recognition or enforcement of an award may be refused if the court finds that the subject matter of the dispute is not capable of settlement by arbitration under Ukrainian law).

(1) what disputes can be decided in arbitration;

(2) what types of disputes are the exclusive domain of national courts.

Pursuant to Article 1(2) of the Arbitration Act parties may agree to refer the following disputes to international arbitration:

(1) disputes resulting from contractual and other civil law relationships arising in the course of foreign trade and other forms of international economic relations, provided that the place of business of at least one of the parties is situated abroad;

a. enterprises with foreign investment, international associations and organizations established on the territory of Ukraine,
b. disputes between the participants of entities specified in 2(a),
c. as well as disputes between such entities and other subjects of the law of Ukraine.

Thus, presence of a foreign element is crucial for determining the subjective arbitrability of a dispute.

It is worth mentioning that the above provisions of the Arbitration Act are applicable only to arbitration seated in Ukraine (as stated in Art. 1(1) of the Act). Thus, rules related to subjective arbitrability are part of lex arbitri.

However, other laws might establish restrictions of arbitrability which might impact the enforceability of international arbitral awards issued in Ukraine as well as foreign arbitral awards.

The specific restrictions of objective arbitrability are stipulated in several laws which are applied irrespectively of the seat of arbitration or the law governing the arbitration agreement, those rules are part of lex fori.

-         if a real estate under dispute is located in Ukraine (except for disputes connected with entry into, amendment, cancelation of agreements in public-private partnership projects, entered into by the Cabinet of Ministers of Ukraine, according to which the real estate is the object of such partnership, and the dispute is not related to emergence, termination, and registration of property interests in such object[4]);

-         if a dispute is in connection with formalization of intellectual property rights that requires registration or issue of a certificate (patent) in Ukraine;

-         if a dispute is in connection with registration or dissolution of foreign legal entities, sole entrepreneurs in Ukraine;

-         bankruptcy cases, if the debtor was established according to the laws of Ukraine;

-         if a dispute relates to issuance or cancelation of securities drawn up in Ukraine;

It is generally recognized that the above types of disputes are non-arbitrable as most of them need a third party to be involved (usually a state body) for the dispute to be resolved. Bankruptcy cases are not disputes in a formally legal sense in Ukraine.

The most significant restrictions of arbitrability were established in Article 12 of the Commercial Procedure Code of Ukraine (the ‘CPC’). In between 31.03.2009[5] and 01.03.2011, based on Article 12 of the CPC the courts considered as non-arbitrable the following disputes:

(1) disputes over nullification of non-regulatory acts of state and other bodies, enterprises and other entities;

(2) corporate disputes (‘disputes arising out of corporate relations between a company and its participant (shareholder), including a former one, as well as between the participants regarding establishment, activities, management, and dissolution of the company (except for labor disputes)’);

(3) public procurement contracts disputes (‘disputes arising in connection with entry into, alteration, cancelation, and performance of commercial contracts related to satisfaction of the state’s needs’).

Prohibition to bring corporate disputes to arbitration established in Article 12 of the CPC since 2009 clearly contradicted the rules of the Arbitration Act, which explicitly allowed to arbitrate disputes between an enterprise with foreign investments and its participant (shareholder), as well as disputes between participants (shareholders) of that enterprise. However, this contradiction has always been considered in favour of application of Article 12 of the CPC, as the Arbitration Act stipulated that if any other law established restrictions of arbitrability of certain disputes this other law should apply.[6]

The 2007 Guidance and 2008 Resolution being widely used by commercial and common courts allowed to deduce several types of disputes which should not be considered corporate disputes for the purposes of Article 12 of the CPC. Among those are disputes over the title in and transactions with shares (except for those arising from infringement of pre-emption rights).

Since 1 March 2011 important amendments have been introduced to Article 12 of the CPC: provisions on international arbitration were excluded. It meant that the restrictions of arbitrability became applicable only to domestic arbitration. However, the ambiguity of the wording of the CPC still leaves the room for a variety of interpretations.

Although since 2011 there have been no reported cases that addressed the issue of whether new wording of Article 12 of the CPC restricts the capability of disputes mentioned therein to be settled by international arbitral tribunals, commercial and common courts continue to adopt decisions invoking non-arbitrability of corporate disputes. Common courts still refer to 2008 Resolution of the Supreme Court as a guidance in deciding whether the case considered by an arbitral tribunal was arbitrable.

Moreover, sometimes commercial courts still tend to support the approach that disputes out of or in relation to contracts of sale of participation interests (shares) in Ukrainian companies are corporate disputes and thus cannot be submitted to arbitration.[7] This view is generally consistent with the approach of common courts in cases upon requests for setting aside arbitral awards in disputes related to corporate rights in Ukrainian legal entities.[8] However, the position of the High Commercial Court of Ukraine expressed in its resolution of 15 April 2013 (case No. 07/5026/1561/2012), that disputes in connection with contracts of sale of participation interests in limited liability companies are not corporate, and therefore may be brought to arbitration, creates the basis for a 180 degree turn of the jurisprudence.

Raiffeisen Property Management GmbH sought the recognition and enforcement in Ukraine of the 2010 arbitral award issued by the arbitral tribunal of the Vienna International Arbitral Centre of the Austrian Federal Economic Chamber (the ‘VIAC arbitral award’).

The arbitral tribunal decided in favour of Raiffeisen in the dispute related to several agreements which envisaged the transfer of participation interest in Double W LLC to Raiffeisen.

In 2011, both the court of first instance and the court of appeal refused the recognition and enforcement of the VIAC arbitral award stating that the subject matter of the dispute which was the title to the share in capital of Double W LLC was not capable of settlement by arbitration under Ukrainian law.

On 9 November 2011, the High Specialised Court of Ukraine for Civil and Criminal Cases reversed the ruling of the court of appeal and sent the case back for reconsideration to the court of first instance, stating that:

“... the conclusions of the court of first instance that the dispute is a corporate dispute which is not capable of settlement by arbitration under Ukrainian law are groundless”.

Court decisions in this case allowed to come to a conclusion that disputes out of or in connection with agreements of sale of participation interests might be considered arbitrable. The fact that the courts never discussed the impact of the 2011 amendment to Article 12 of the CPC on the capability of corporate disputes to be settled by international arbitral tribunals implies that courts still apply Article 12 of the CPC to both domestic and international arbitration.

[1] Article II (1) of the New York Convention (“… a subject matter capable of settlement by arbitration”).

[2] Article V (2)(a) of the New York Convention (“The subject matter of the difference is not capable of settlement by arbitration under the law of that country”).

[3] Article II (3) of the New York Convention (“... unless it finds that the said agreement null and void, inoperative or incapable of being performed”).

[4] The ‘public-private partnership’ exception comes into effect on 24 May 2016.

[5] Date of coming into force of the respective amendment to Article 12 of the CPC, so that the amended Article 12 contained prohibition to submit to arbitration (both domestic and international) 3 categories of disputes. Prior to that date Article 12 did not explicitly prohibit to arbitrate corporate disputes. However, already in 2007 the Presidium of the High Commercial Court of Ukraine advised commercial courts in the Guidance (Recommendations) “On Jurisprudence in Disputes arising from Corporate Relations” of 28.12.2007 No. 04-5/14 (the ‘2007 Guidance’) that “Members of companies ... are not entitled to subject corporate disputes related to the activity of companies, including those arising from corporate management, to international commercial arbitration courts” (Art. 6.2 of the Guidance). This gave the commentators the idea that the High Commercial Court broadly interprets exclusive subject-matter jurisdiction of commercial courts as determined in Article 12 of the CPC. On 24.10.2008 the Plenum of the Supreme Court of Ukraine passed the Resolution “On Jurisprudence in Corporate Disputes” (the ‘2008 Resolution’), which contained the same advice to all Ukrainian courts.

[8] The High Specialized Court of Ukraine for Civil and Criminal Cases in its ruling of 5 February 2014 (case No. 6-53589св13) recognized that an award, in which the claimant’s title to corporate rights in a Ukrainian legal entity was recognized should be viewed as an award made in a corporate dispute.

[9] It is the only reported case in which the issue of arbitrability was addressed in the context of New-York Convention. 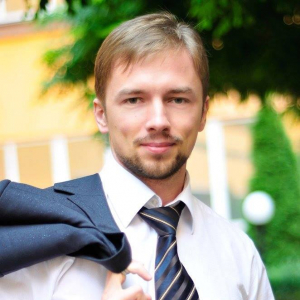